.- Palma de Mallorca court, which had closed the cause against the air traffic controllers, now wants to open oral trials.

.- Controllers have already been exonerated in 20 of the 22 courtrooms that have dealt with the case of the closure of the airspace.

.-USCA considers that the pressure Baleares atcos are suffering affects their performance.

The Unión Sindical de ControladoresAéreos (USCA) wants to emphasize their concern about the pressure Baleares atcos are suffering outside work, after the opening of the oral trials recently ordered by the tribunal of Palma de Mallorca.

This tribunal had already dismissed the case against the controllers, just like 20 other tribunals across the country, but now, despite not being any new elements to justify this decision, has ordered to open oral trials, while there is still an appeal procedure opened in the Provincial Court.

In the prosecution report, controllers are accused of a pre-constitutional criminal offence that involves terms of imprisonment, a crime that has been dismissed by this same prosecution office in other courthouses.In the Court order, the Provincial Court of Palma de Mallorca is appointed as the competent authority to hold this trial, while it is this very same Court the one that has to resolve the appeal that it is still pending.

Therefore, it is up to the Provincial Court to decide whether a trial is to be held or not, and if it happens so, it will be there where the ones responsible for the closure of the airspace will be appointed. We believe this Court will exonerate air traffic controllers in Baleares, just as it has already done in 20 of the 22 cases taken to court.

USCA believes the pressure Baleares controllers are currently under is excessive and should not have to be endured at all, since it clearly interferes with their dailywork.

Compared to previous summers, the 2016 season has suffered an unprecedented amount of severe weather. Heavy thunderstorms have disrupted traffic flows and caused significant delays. Some cells have extended vertically to an altitude making it impossible to fly over them. To ensure the safety of passengers, departures have had to be postponed until the weather fronts have either dissipated or moved on. This means that passengers have had to wait on board for an hour or longer before finally taking off. The FABEC air navigation service providers have addressed this problem and worked out concrete solutions.

.- Barcelona Labour Court has delivered 11 judgements repealing and annulling the disciplinary sanctions that the company filed against its controllers in March 2015, after the penal cause for the same events was closed.

.- Justice rejects the allegations by Enaire that the controllers abandoned their working positions on the 3rd December 2010.

.- USCA hopes that this change in the attitude of the provider, aligned with the resolutions of 20 court rooms that also closed the penal causes against controllers, is also reflected in the two cases that remain open in Madrid and Baleares.

ENAIRE has withdrawn the sanctions filed against 61 Barcelona ACC (Gavá) air traffic controllers due to the closure of the airspace in 2010, after 11 Labour Court resolutions rejected the accusations made by the company.

After Criminal Court of Gavá closed the penal case, stating that the controllers hadn’t abandoned their working positions, Enaire filed these administrative sanctions against 61 workers for the very same events.

The company has sent these controllers a communiqué in which we read “seeing the court resolutions regarding other air traffic controllers that were sanctioned due to the same events” they have decided “to withdraw the sanction of one month without pay that had been imposed”.

The last court resolution, from the Labour Court nr. 16 of Barcelona, argues that “the formal requisites were not met, and the fault, abandonment of the service, was wrongly typified” so the sanction is annulled and the controller must have his salary back.

Regarding the time limit, it is explained how the events took place on the 3rd December 2010 and the sanction was notified in 2015. This exceeds the 60 days established in the Workers’ Statutes for very serious faults, and even the three years established by the Civil Servants’ Statutes, and reminds that “the Administration must take into account facts which are deemed as proven in any court case resolution”

In this sense, it reminds that the facts derived from the closure of the airspace, as it was established in the 2014 court resolution, “are not imputable, either directly or indirectly, to the accused in the penal case, since these facts were a consequence of a unilateral decision taken by the only ones capable to do so, that is, AENA”

USCA wishes that Enaire’s decision to withdraw these sanctions reveals a change of attitude that is further reflected in the penal causes that remain open in Madrid and Baleares, which will hopefully be closed as it has already happened in 20 other courtrooms, where it was proven that air traffic controllers did not abandon their working positions on the 3rd December 2010. 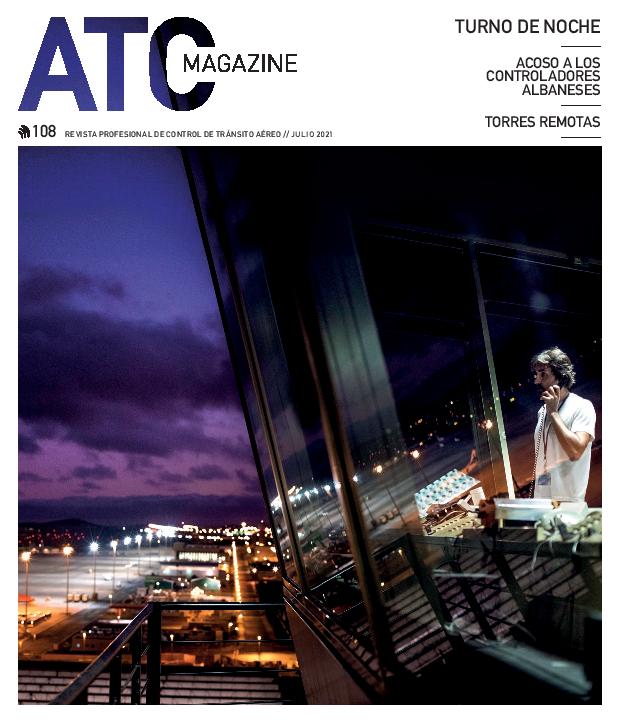